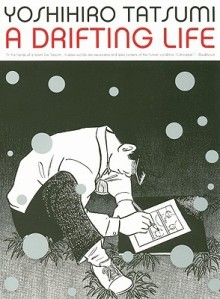 A Drifting Life is a wonderfully thick tome of a graphic novel.  Equal parts autobiography, national history and understated drama; the book chronicles the story of one of the founding fathers of Japanese Manga.  The style pioneered by Yoshihiro Tatsumi was one of the first attempts to turn cartoons into a medium for serious works.  Appropriately, his story is a serious one, touching on the themes of artistic integrity and the struggles of living in postwar Japan.  It is an exquisite novel, and only feels unfocused because that’s how life sometimes is.

While A Drifting Life is an autobiography, Tatsumi authored the book as if it were about someone else.  His fictional stand in, Hiroshi Katsumi, is the central protagonist, and a brief editor’s note remarks that a number of other names have been changed.  The book picks up at the end of World War II with the surrender of Emperor Hirohito.  Hiroshi is ten and has already developed a love of Manga and drawing.  Along with his brother, Oki, Hiroshi starts on the path of a Manga-ka, submitting amateur comic strips to various publishing houses.  To his surprise, he is published.

END_OF_DOCUMENT_TOKEN_TO_BE_REPLACED 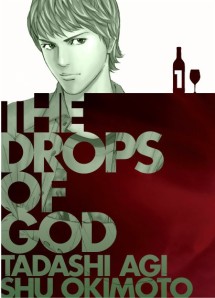 Summary: From the Back Cover, “When world-renowned wine critic Kanzaki passes away, his will reveals that his fortune of a wine collection isn’t bequeathed as a matter of course to his only son, who in a snub went to work sales at a beer company.  To come into the inheritance, Shizuku must identify – in competition with a stellar young critic – twelve heaven-sent wines whose impressions the will describes in flowing terms…” END_OF_DOCUMENT_TOKEN_TO_BE_REPLACED